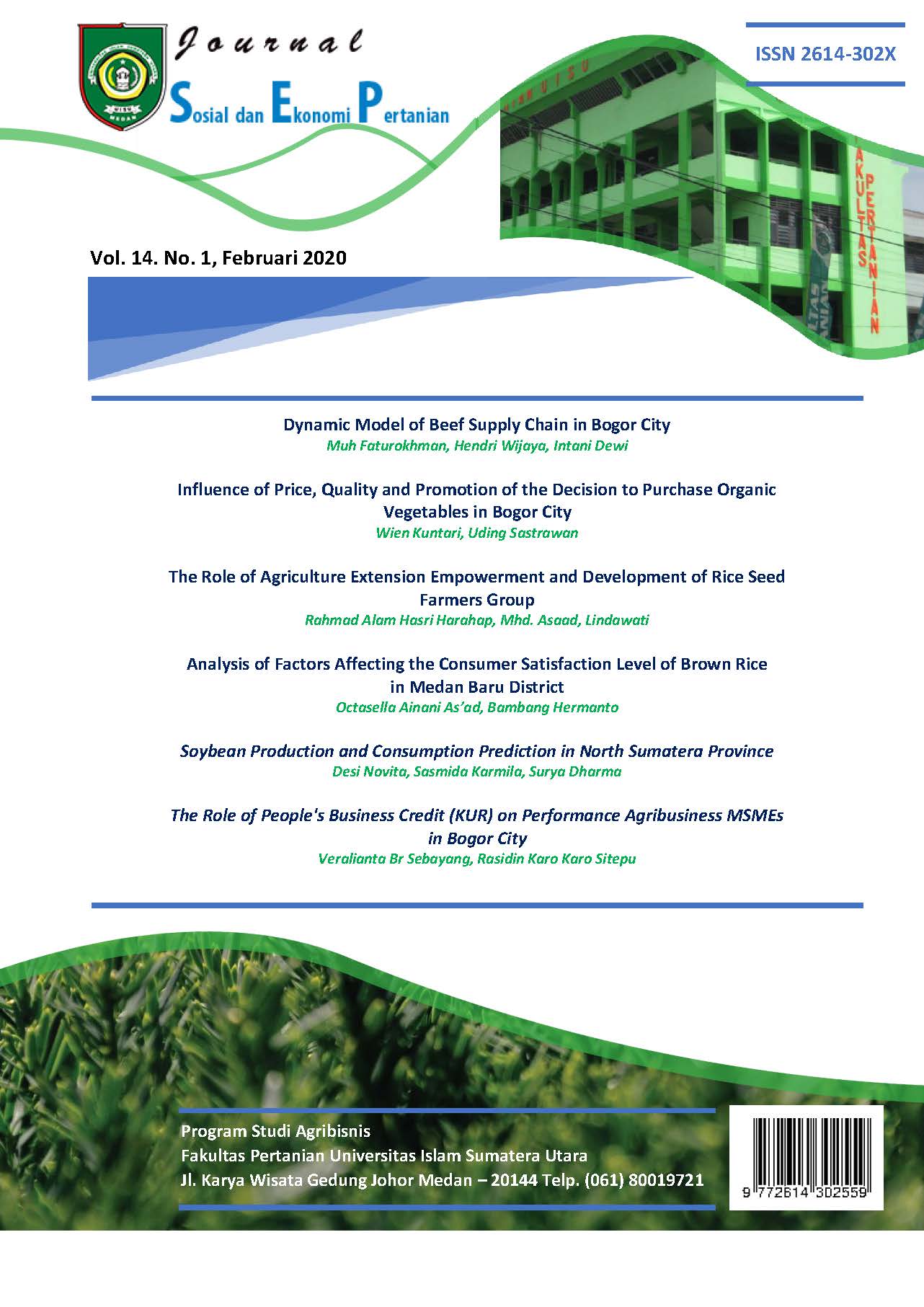 The low access to capital in the agribusiness micro, small and medium enterprises (MSMEs), both in processing and cultivation, is a problem for MSMEs engaged in the agribusiness sector. From the banking side, it is often stated that it is not Feasible and Bankable. Following up on these problems, in 2007 the government launched a program known as the People's Business Credit (KUR), which is still running until now. This paper aims to assess the role of KUR on the performance of agribusiness micro, small and medium enterprises in the city of Bogor. Testing uses statistical inference and econometric models. The results show that KUR has a significant role in increasing the value added of the agribusiness sector MSMEs. Marginal profit is estimated to increase by 11.75% and economically it is also seen that the response is elastic, which implies that KUR can be used as an instrument in increasing the production and productivity of agribusiness MSMEs in Bogor City