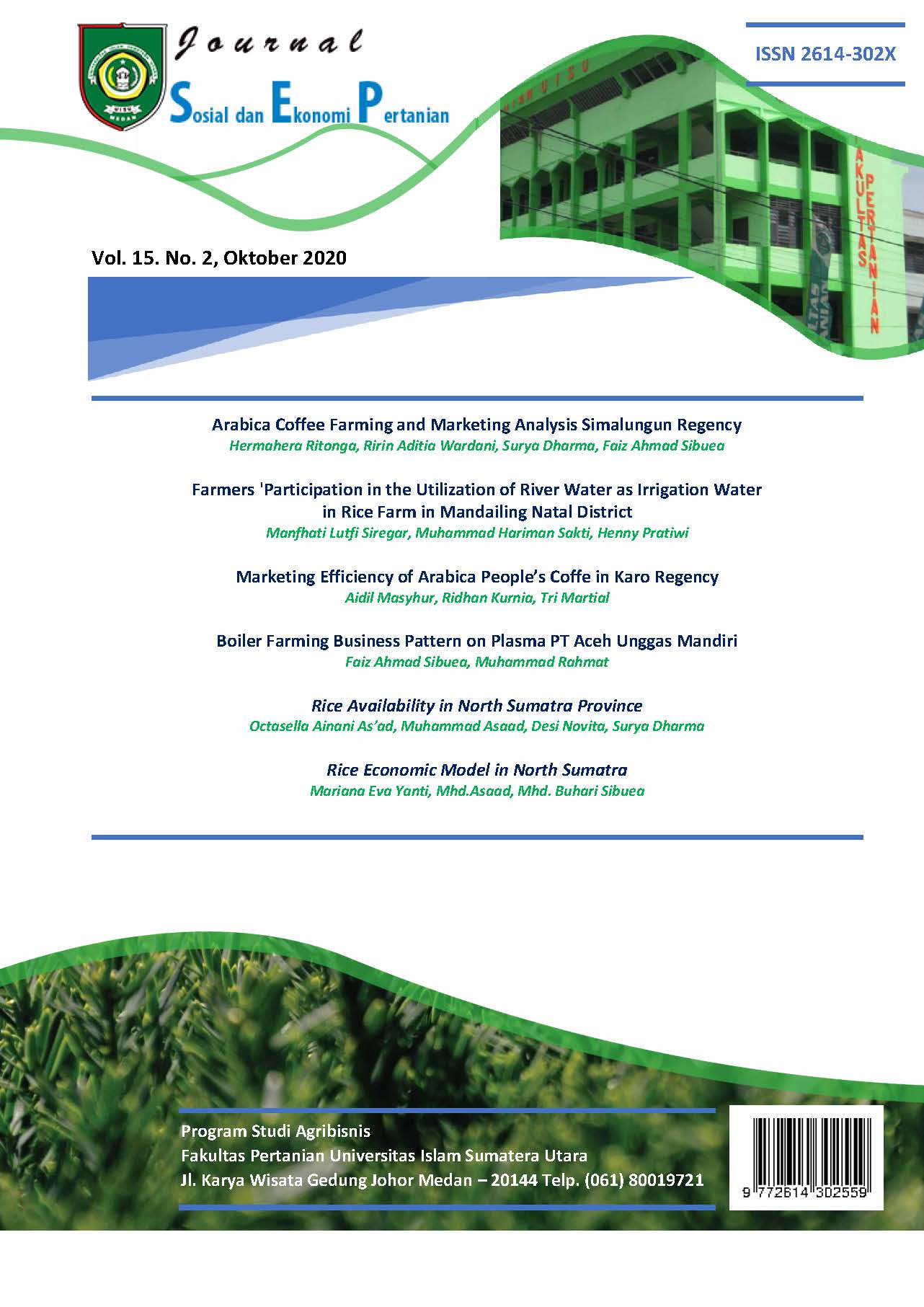 This study aims to analyze farm income, farm feasibility level, marketing channels and marketing margins of Arabica coffee in Manik Huluan, District Pematang Sidamanik, Regency Simalungun. The criteria included in the sample of this study were Arabica coffee farmers in the study area. With a population of 70 farmers, the Slovin formula is used to obtain 60 samples of farmers. The samples were determined by means of simple random sampling (simple random). Data analysis was performed by calculating the cost of production, revenue, income and the R/C ratio. Then the qualitative data analysis was carried out by analysis based on primary data sourced from informants. The results showed that the production costs incurred by all sample farmers within one year were Rp. 1,050,089,248.00 with an average of Rp. 17,501,487.00. The revenue obtained from all sample farmers in selling coffee in the form of dry grain is Rp. 3,335,332,000.00 with an average of Rp. 55,588,867.00. So it is known that the sample income of coffee farmers is Rp. 2,285,242,752.00 with an average of Rp. 38,087,379.00. By obtaining an average R/C ratio of 3.17, Arabica coffee farming is declared feasible to run. For the marketing channel in the research area, there is only one pattern of marketing channels, namely the order of farmers, collectors (middlemen) and wholesalers. Arabica coffee is distributed in the form of dry grain. Thus it is known that the large marketing margin of Arabica coffee in the study area is Rp. 1000,00.